This Zucchini Hashbrown Patties recipe is a low carb, keto recipe that’s a great substitution for potato hashbrowns. Serve with eggs and bacon for an awesome breakfast. 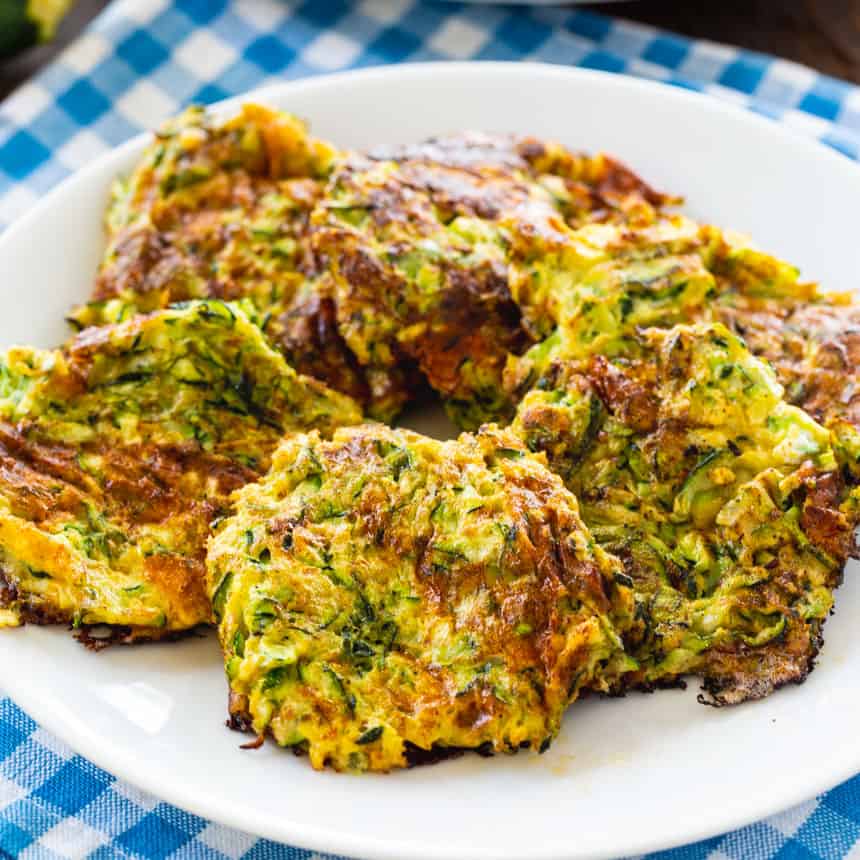 They also make a great low carb side for dinner.  I like them plain, but you can serve them with salsa and sour cream. If you’re craving Eggs Benedict, these Zucchini Hashbrown Patties make a great base.

These patties are totally simple to make. Once you grate the zucchini and get rid of the excess liquid, you’ll mix it with 2 eggs, 1/2 cup of shredded sharp cheddar cheese, 1/2 teaspoon of onion powder, and some black pepper. Most likely you will not need any salt since salt was sprinkled on the zucchini to get the excess water out. 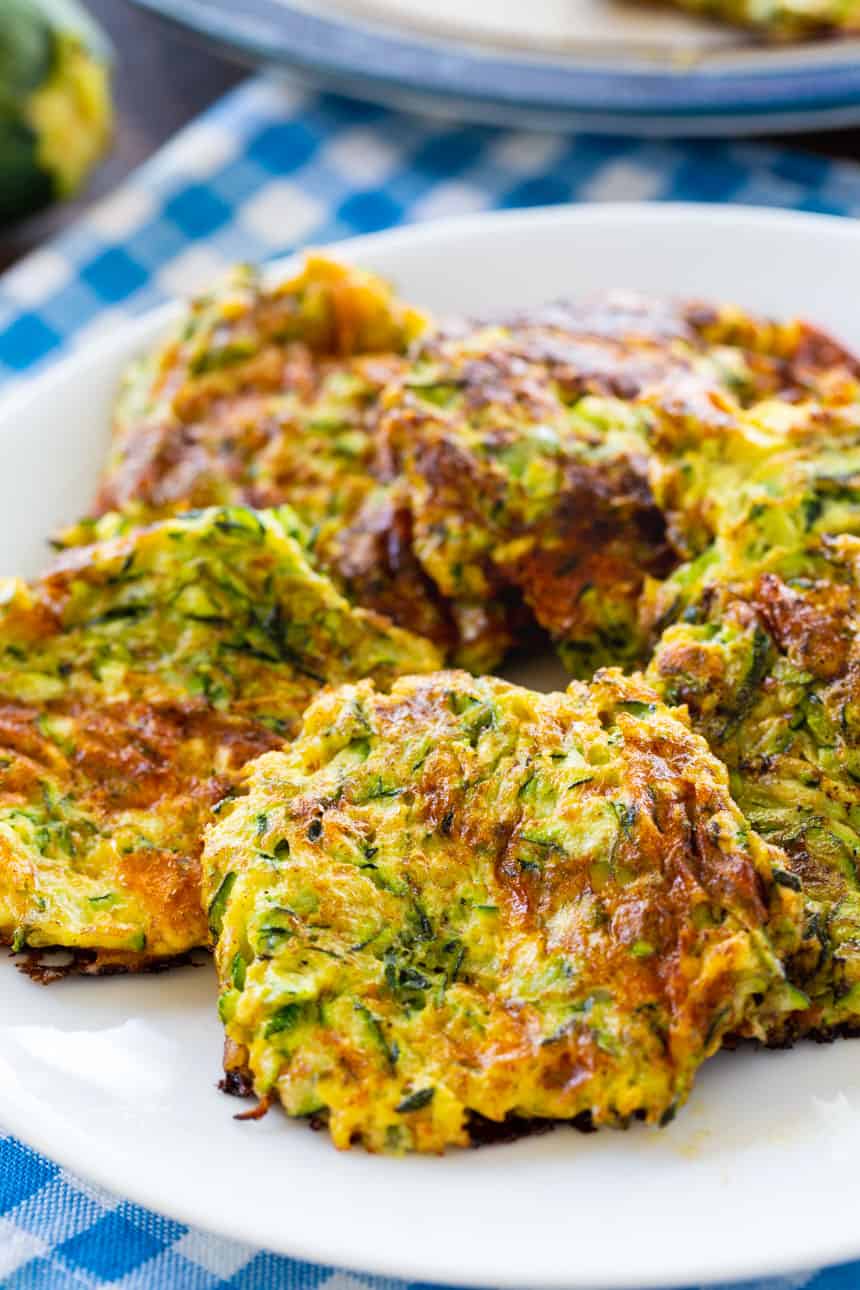 You’ll pan fry them like pancakes in a combination of canola (or olive) oil and butter. Be sure to cook them for a good 3 minutes before flipping over or they will be difficult to flip. If they are browning too fast, turn the heat down.

It’s really, really hard to get zucchini crispy because it has so much water in it. In order to get it crispy and make it more flavorful, you will need to get as much liquid out as possible. First you’ll salt the shredded zucchini and let it sit. The salt will draw some of the water out of the zucchini. Next squeeze it in a kitchen towel or between paper towels. You’ll be amazed at how much liquid comes out. 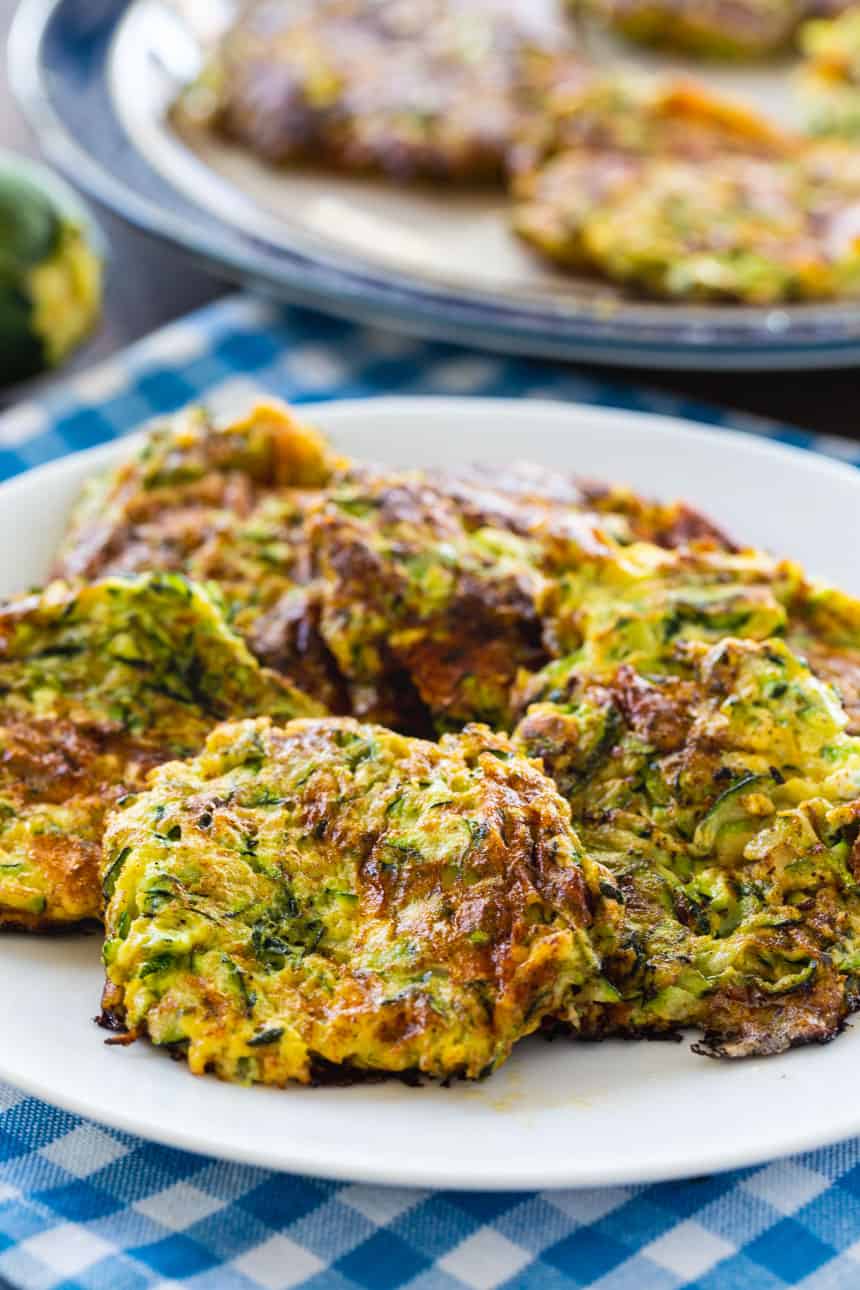 You won’t miss the potatoes in these amazing Zucchini Hashbrown Patties. 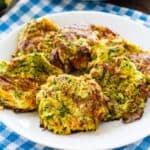 This Zucchini Hashbrown Patties recipe is a low carb, keto recipe that's a great substitution for potato hashbrowns. Serve with eggs and bacon for an awesome breakfast.

Disclosure: Nutritional info is provided as an estimate only and can vary based on brands of products used, measuring techniques, and cooking methods.