Low Carb Raspberry Cheesecake Smoothie is a keto-friendly smoothie with a creamy texture and lots of raspberry flavor. 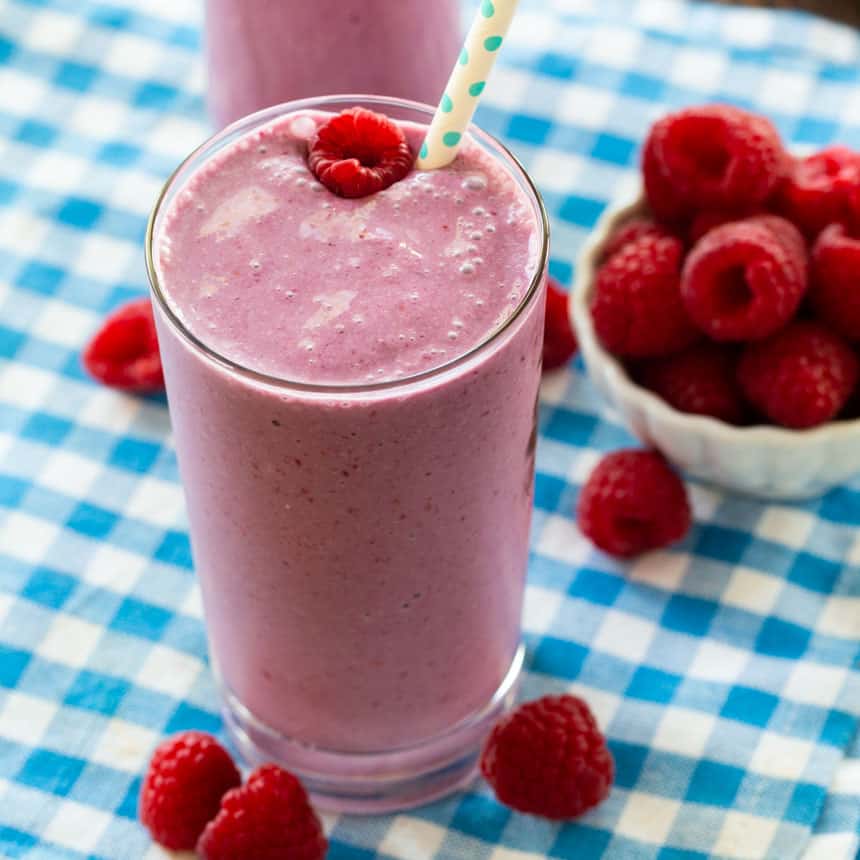 A little cream cheese and heavy cream make this smoothie taste fabulously decadent and creamy. Unsweetened almond milk forms the base of the smoothie, but you could use another type of milk. Coconut milk or cashew milk would work well. There are so many to choose from these days.

A full cup of raspberries add flavor plus nutrition along with a little vanilla extract for extra flavor.

You could totally add a few toasted nuts on top or a sprinkle of hemp seeds for extra protein. 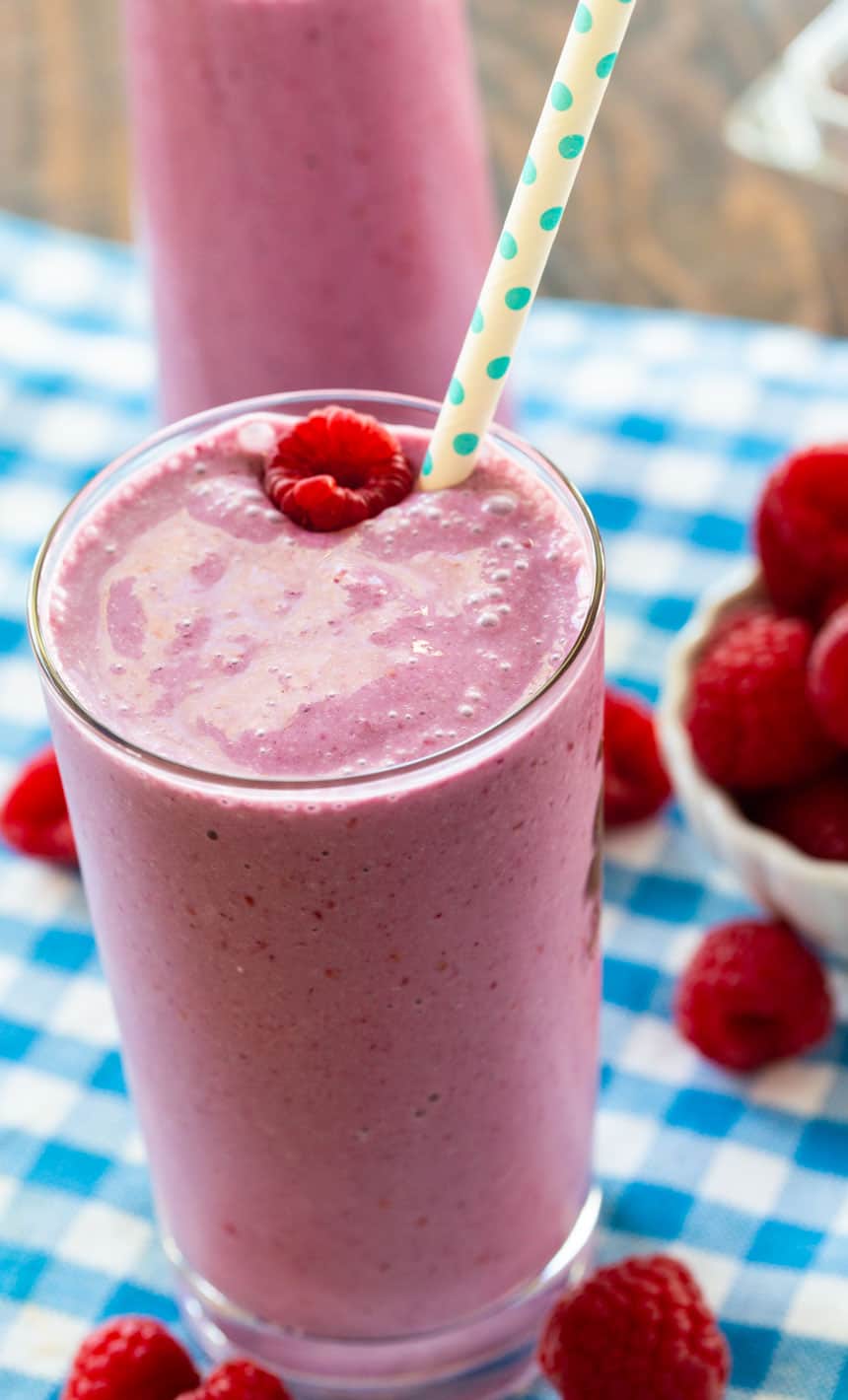 With the cream cheese and heavy cream, it almost tastes more like a milkshake than a smoothie. It’s definitely dessert worthy, but also a great way to start your day.

I use erythritol (Swerve) to sweeten this Low Carb Raspberry Cheesecake Smoothie. It is my go to sweetener. It used to be hard to find in stores but now both my local Bi-lo and Publix carry it. Erythritol is great for low carb diets because it doesn’t spike your blood sugar. You might like your smoothie less sweet than I like mine, so start with just one tablespoon of erythritol.

You could sweeten it with a few drops of liquid stevia instead. 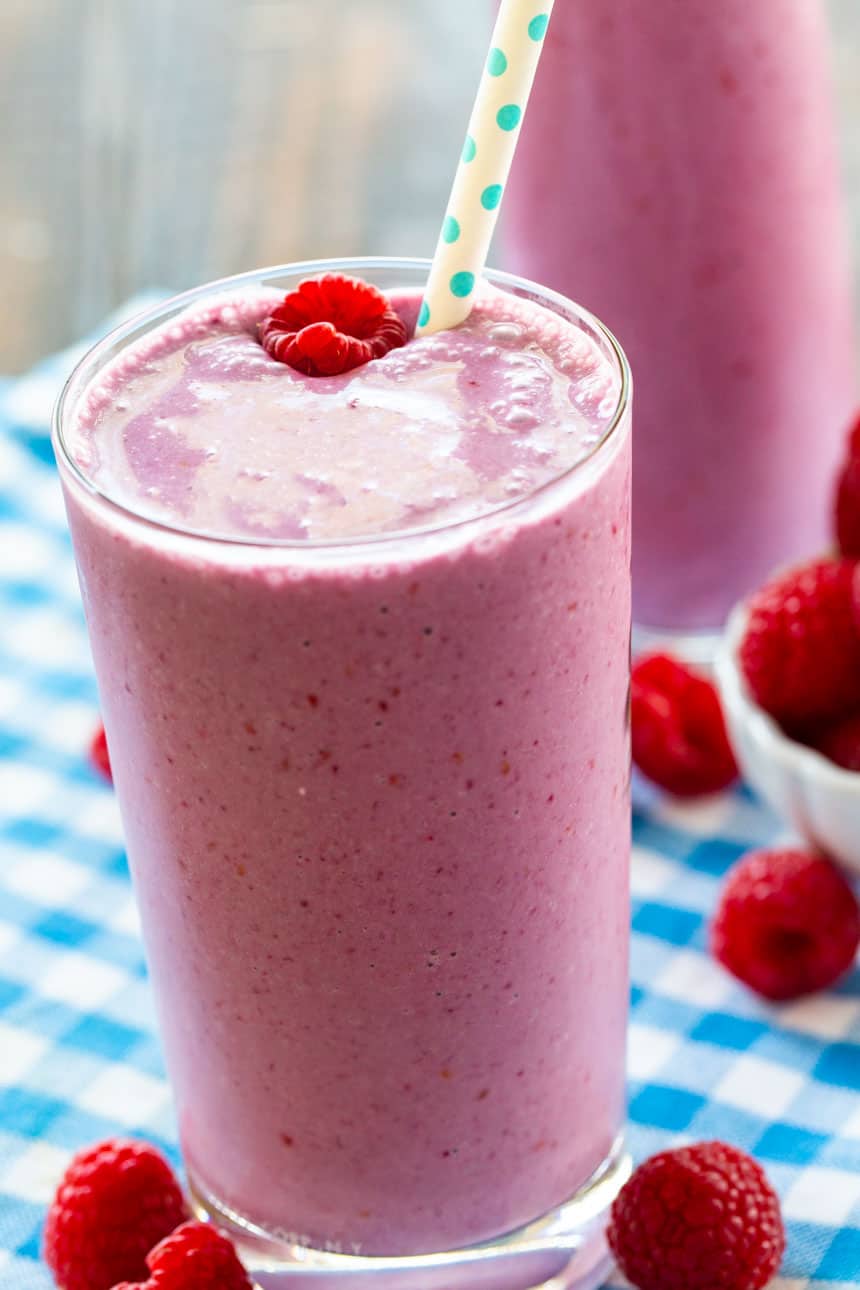 This thick and creamy smoothie is low in carbs, high in fat for a great start to your keto day. 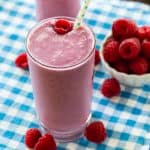 Low Carb Raspberry Cheesecake Smoothie is a keto-friendly smoothie with a creamy texture and lots of raspberry flavor.

Disclosure: Nutritional info is provided as an estimate only and can vary based on brands of products used, measuring techniques and cooking methods.